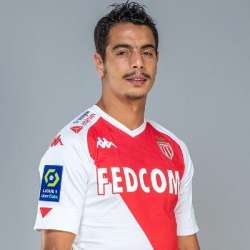 French footballer Wissam Ben Yedder currently plays as a striker for the Ligue 1 club AS Monaco besides making appearances for the France national football team. Nicknamed "Benyebut", he has earned praises from the football pundits for his brilliant dribbling skills and shot accuracy. Besides being a footballer, he also represented the national side in the ‘Futsal’ game. He started his football career with his local club Garges-Les-Gonesse at a very tender age and has proved his worth since then.

Yedder started his senior professional career with the reserve side of UJA Alfortville. He then joined the French Ligue 1 club Toulouse in 2010. He scored more than 70 goals for them during his time and became their highest ever league goal scorer. Yedder then moved to La Liga club Sevilla in 2016. And on 14th August 2019, he joining the French side AS Monaco after signing a five-year contract. Besides his club career, he represented the French national team at the under-21 level. He recently made his senior international debut in March 2018.

Yedder started his footballing journey with the youth academy system of his native club Garges-les-Gonesse in 2000, at the age of just ten. He then joined the academy of Saint-Denis in 2007, at the age of seventeen. He went through a two-season of rigorous training at the academy while sharpening his striking skills. Yedder then joined his first professional football club UJA Alfortville in 2008. Shortly after, he started representing the club in the Championnat de France Amateur, the fourth tier of the French football league.

Wissam Ben Yedder joined the French Ligue 1 club Toulouse FC in 2010. He made his debut for the club against Paris Saint-Germain on 16th October 2010. During the 2010 and 2011 seasons, he made 13 substitute appearances across all competitions for the club. He then scored his first goal for Toulouse FC against Evian on 21st April 2012. Shortly after, Yedder scored his first brace for the club in a Ligue 1 match against Montpellier on 26th May 2013.

In the next season of 2013-14, he scored his first senior professional hat-trick against Sochaux on 30th November 2013. The same season, he scored another hat-trick against Valenciennes on 17th May 2014. He scored his 35th Ligue 1 goal for Toulouse in a match against Caen on 20th September 2014. With that feat, he surpassed the record of André-Pierre Gignac for being the highest league goalscorer of Toulouse. Yedder scored his 50th goal for the club in a match against Lille on 19th December 2015.

Ben Yedder signed a five-year deal with Spanish La Liga side Sevilla FC on 30th July 2016. The club has reportedly paid €9 million as his transfer fee to get him on their side. Shortly after, he made his debut for Sevilla against one of the most valuable football clubs, Barcelona, on 14th August 2016. He then made his La Liga debut against RCD Espanyol at the Ramón Sánchez Pizjuán Stadium on 20th August 2016.

One of the greatest football managers, Didier Deschamps, then called him in the French national team to represent the squad in two friendly matches against Colombia and Russia in March 2018. Shortly after, he made his senior international debut against Columbia at the Stade de France on 23rd March 2018, as a replacement for Olivier Giroud. He then earned his place in the 23-man French standby list for the 2018 FIFA World Cup in Russia.

Born in Sarcelles, Île-de-France, Wissam Ben Yedder is of Tunisian descent. He grew up in the Sarcelles neighborhood playing football with his friends such as Riyad Mahrez. Although he was previously linked with several females, there is no confirming link on his relationship status yet.

The current net worth of Wissam Ben Yedder is estimated to be around €2.5 million as of 2019. His market value now stands at €25 million as of the ongoing football season of 2019-20. However, he reached his highest market value of €30 million in March 2018. He now gets nearly €1.3 million yearly salaries from his current Ligue 1 club AS Monaco. Besides his football income, he also made his wealth through several sponsorship deals.