The ability to catch a brilliant ball can change the course of a match, and if it's the world cup, it is memorable. International cricket has recently focused a lot of energy on fielding, as all teams now strive to become the best in the field. Cricket has become one of the most exciting sports, as players have become so athletic that they can catch the ball anywhere on the field with ease. Here we listed the top 10 players with the most catches in ICC World Cups.

Players with Most Catches In ICC World Cups | 2021 Ranking

Cricket is undoubtedly one of the most popular sports in the world. And this game is also among the most followed sports as more than 2 billion people around the world regularly follow it. Here goes the current stat of cricketers with the highest number of catches in the ICC Cricket World Cup.

Sri Lankan cricket coach and former player Jayawardene is one of the greatest batsmen in cricket history. In addition to Sanath Jayasuriya, Mahala is Sri Lanka's most productive captain. Besides, he is also among the cricketers with the highest career catches in cricket history.

Mahela has taken 218 catches in ODIs, the most of any legend. Besides that, during the ICC cricket world cups, he has caught 16 balls, making him one of the top players with the most catches in ICC world cups.

In the history of Test cricket, Jayawardene's test score of 374 against South Africa was the highest ever scored by a right-handed batsman. On 9 June 2007, ICC named Jayawardene, the best international cricket captain of 2006. Jayawardene was also called the best Test cricket player of 2007.

He is widely regarded as one of the greatest left-handed batsmen of all time, a former international cricketer from Trinidad. A world-class batsman, he was ranked number one for many years in Test cricket and held several cricket records.

Lara is also one of the top players with the most catches in ICC world cups with 16 catches. In 1994 and 1995, Lara won the Wisden Leading Cricketer in the World award. Lara's 153 not out as part of the win over Australia in Barbados in 1999 has been deemed the second-best batting performance in Test cricket history by Wisden.

In 2013, Lara was honored with Honorary Life Membership in the MCC, becoming the 31st West Indian to obtain this honor.

Inzamam is a former Pakistan player and professional cricket coach who is also known as Inzi. He is Pakistan's most prolific run-scorer in one-day international cricket and their third-highest tally in Test cricket. He is still regarded as one of the greatest batsmen of all time.

Inzi is the only international cricketer to eclipse 20,000 runs for Pakistan. Between 2003 and 2007, he captained the Pakistani national cricket team. Along with being an outstanding batsman, he could occasionally bowl a little left-handed spin.

Inzi has 16 catches in the ICC world cup, which ranks him among the top players in the world with the most catches in ICC world cups. The reason for him achieving this feat is his exceptional ability to catch the ball.

As a result of his semifinal performance at the 1992 Cricket World Cup, Inzamam became famous. Through the decade, he remained among the team's top batsmen, both in Test and ODI play.

Captain of the England cricket team in limited-overs cricket, Morgan is a member of the Irish nationality. As England's captain, he led his team to victory in the 2019 ICC Cricket World Cup, their first World Cup victory. And now, he is counted among the most popular cricketers of all time

Morgan became England's all-time leading run-scorer and most capped player in T20Is AND ODIs as of May 2021. Additionally, he holds the record for both the fastest fifty and the most sixes in an ODI inning, with 17 against Afghanistan, during the ICC World Cup in 2019.

He became the first English male cricketer to appear in 100 Twenty20 International matches (57 as captain) in the third match against India in March 2021.

Formerly a member of the Ireland cricket team, he became the first player of two nations to score an ODI hundred. Morgan has caught 16 balls in world cups during his career, making him one of the best fielders with the most catches in ICC world cups.

Cairns played for the New Zealand cricket team as an all-rounder and was a former ODI captain. Cairns ended his Test career with a batting average of 33.53 and a bowling average of 29.40. He was honorably mentioned among the Wisden Cricketers of the Year in 2000. Besides, he is widely regarded by many as one of the greatest all-rounders in cricket history.

A former New Zealand cricketer, Cairns is the son of Lance Cairns. He was a star player in New Zealand's One-Day and Test teams and the Canterbury New Zealand domestic team. He became a Sky Sports New Zealand commentator after finishing his playing career.

It was Cairns's talent as a destructive batsman and as an intelligent fast-medium bowler that made him known in his earlier days. His unbeaten 102 in the 2000 ICC KnockOut Trophy final against India in Kenya was one of the most memorable innings in New Zealand cricket history.

As one of the world's top players with the most catches in ICC world cups, Cairns has landed 16 catches in the world cup in his career.

A former South African cricket national team captain, Plessis is an international cricketer from South Africa. In addition to playing middle-order cricket, du Plessis is a part-time leg-spinner. Northern and the Titans played for him, and he played for Lancashire County Cricket Club, Chennai Super Kings, and Rising Pune Supergiant.

In November 2012, he scored his first century in a Test match on his debut, becoming the fourth South African to do so. Additionally, du Plessis was appointed as South Africa's T20 captain for the next Twenty20 series against New Zealand and was confirmed as the full-time captain in Feb 2013.

Since December 2016, Du Plessis has been captain of the Test team. He became the team's full-time captain in all formats in August 2017 after AB de Villiers relinquished his limited-overs captaincy. And since then, he delivered his performance as one of the most dangerous hard-hitting batsmen of all time.

Du Plessis has exceptional fielding capabilities making him one of the current players with the most catches in ICC world cups. As of 17 February 2021, Du Plessis has decided to retire from Test cricket to focus his energy on the upcoming ICC tournaments.

Gayle is a Jamaican cricketer who represents the West Indies at the international level. From 2007 to 2010, Gayle led the West Indies in Test matches. There are numerous records Gayle has set across all three forms of the game.

Gayle is not usually associated with catching. His heavy bat allows him to hit some of the biggest sixers in cricket. In his early career, Gayle proved to be a fine catcher, particularly in the slips when spinners bowled.

A world-class batsman, he is considered to be one of the most notable T20 players ever. In T20 cricket, only he has scored more than 14000 runs and hit more than 1000 sixes. On a different note, he is also known as one of the most tattooed cricketers to grace the ground.

In 2011, he won the Most Valuable Player award in the Indian Premier League, and in 2012 he won the Orange Cap. Gayle has named 17 catches in his career and is known as one of the best fielders with the most catches in the world cup.

A Sri Lankan legend, Jayasuriya has earned the reputation of being one of the greatest ODI players ever. Besides, many also dubbed him among the greatest cricketers of all time. During the first 15 overs, Jayasuriya completely destroyed the opposition by batting and by bowling.

He took several crucial wickets as a left-arm bowler. In addition to being a great catcher, Jayasuriya made a lot of catches as well. He pouched an astounding number of catches with his follow-through. It was not an option for him to allow the batsman to survive.

As an all-rounder, he caught 18 balls in 38 matches during the Cricket World Cup, making him one of the top players with the most catches in ICC world cups. In one-day international cricket, he is the only player to reach over 10,000 runs and to claim more than 300 wickets.

Despite not playing the previous season in England, despite being named One of Five Cricketers of the Year 1997 by Wisden Cricketers' Almanack, he was named the 1996 Cricket World Cup's Most Valuable Player.

Currently serving as England's Test captain, Root is an English international cricketer. Additionally, he plays domestic cricket for Yorkshire. As England's leading run-scorer during the World Cup, Root was a squad member who won the tournament. Besides, he is among the greatest top-order batsmen in cricket history.

His initial position was as an opening batsman and an occasional off-spinner. However, he has primarily played middle-order cricket for England.

The England captain took numerous catches in the slip cordon at the 2015 World Cup, where he played in his first world cup ODI. England's captain excels in slip fielding during Test cricket and is renowned for his impeccable catching technique.

Root, who has taken 20 catches, is the fielder with the most catches right now. His inclusion in England's Test XI for the 1,000th Test was commemorated in August 2018 by the England and Wales Cricket Board.

One of the most successful cricket captains, Ricky Ponting, has taken the greatest number of catches. Ponting was without a doubt one of the best fielders the world has ever seen. While his contributions with the bat were well-known, his work on the field was underappreciated.

One of Ponting's best qualities was his ability to field anywhere. As well as catching balls in the circle, he also caught balls in the deep. And even after his retirement from active cricket, he is still dubbed as one of the greatest fielders in cricket history.

On the field, he had excellent anticipation and hardly dropped a catch. As a cricketer, Ponting snatched 28 catches in the 46 matches he played in the Cricket World Cup, proving what a great fielder he was.

Besides that, Ponting is the only player with 100 victories in Test matches in the history of cricket. In addition, Ponting has played in 262 ODI victories as a player, which holds the record for participation in the most victories.

We hope you liked the list of our top players with the most catches in ICC world cups. Feel free to tell us in the comment box about the list we appreciate your feedback.

FAQs Regarding Most Catches In ICC World Cup

Q. Which player has taken the most catches in World Cup?

Sri Lankan Kumar Sangakkara and Australian Ricky Ponting lead the individual fielding records. Throughout the history of the World Cup competition and in individual tournaments, Ponting ranks as the leading fielder. Additionally, Sangakkara is the wicketkeeper who has dismissed the most players at a World Cup.

Q. Who took the most catches in the world?

Q. Which player has taken the most catches?

Jayawardene has caught 218 balls in ODIs, the most of any player. Furthermore, Mahela became the second Sri Lankan player to score over 10,000 runs in ODIs and Tests, after Sanath Jayasuriya.

Q. Which current cricketer has the most catches now?

During Test cricket, England captain Joe Roots is renowned for his skill in slip-fielding and outstanding catching. The fielder with the most catches is Root, who has taken 20 of them in the world cup.

5 Players to Watch in the Upcoming Ashes Series

What to Expect from the Cricket World in 2022: Events to Look Forward To 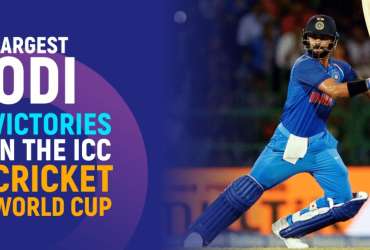