In the World of Cricket, there are some great batsmen like Sachin Tendulkar, Michel Clark, and Jacques Kallis These are the symbol of technique and concentration, some of the batsmen who can destroy the bowling attack with their hard-hitting and tear any bowling attack apart, we can call them Most Dangerous Hard Hitters.

These dangerous hard hitters are a bowler's nightmare, they can be match-winners on their day. Aggressive and Attacking batsmen made ODI cricket popular. Earlier the world has seen some of the hard-hitter batsmen like Viv Richards, Kapil Dev, Imran Khan, Ian Botham who destroyed the opponent's bowling Attack.

There are some explosive hitters in today's modern cricket who are famous in the world of cricket for their explosive batting, big hits, and long sixes. Here is the list of top Most Dangerous Hard Hitters in cricket.

Legendary batsman Shane Watson suffered from bad injuries Early in his career. But, he returned to the cricket world with more aggression. He is playing as an opener in the Australian team. He Played Winning Innings many Times for Australia.

Watson gives a good start to his team which helps the middle-order batting line to Make a Big Total or Chase Down Mighty Targets. He became so dangerous when he switches to hitting mood.

He has the ability to destroy any bowling line of any team anywhere. He is also a very Effective Medium Pace Bowler. Considered to be one of the Finest All-Rounders in Current Cricket and the most destructive batsman in world cricket.

Virender Sehwag (VIRU ) is the Indian Opening batsman, Virender Sehwag has one of the best strike rates in world cricket. Once he has crossed the score of 20-30 runs then it becomes extremely difficult to take his wicket for any bowler at any surface.

His strike rate in test cricket is also high than many ODI batsmen. In this way, you can see the aggression of this batsman. Viru has the world record for highest runs in ODI's Inning (219).

Jesse Daniel Ryder is a New Zealand All-Rounder, Who Representing his National Side in all Formats. Jessi Playing as a Middle Order Batsmen in Test and as Opener in ODIs and T2os.

He has a Wide Range of Shots, Jessi Scored 6th Fastest Century in his returning match. His teammate Corey Anderson broke Shahid Afridi's 17-year-old record of the fastest ODI hundred in the same match.

with a strike rate of above 94 in ODI, he is truly a specialist and the most dangerous hard hitter in cricket. in-fact, a big hitter.

MS Dhoni (MSD) is the former captain of the Indian team in all three formats. the Indian Team team relies heavily on MSD. He is one of the most dangerous late-order batsmen.

In his captaincy, India won the T20 and ODI world cups. He is so dangerous batsman he has a strike rate of 90. Dhoni can strike and hit the ball extremely hard.

He has done unbelievable efforts in winning the Indian team many times with his aggressive batting. he is considered to be one of All Time Best Finishers in Cricket History, he is also playing for Chennai Superkings in IPL T20.

The son of former Indian fast bowler and Punjabi movie star Yograj Singh, he is left Handed Indian Batsmen and one of the most destructive batsmen in the world of Cricket. Stuart Broad Should never Forget Yuvraj's 6 Consecutive Sixers of Him in World Cup T20.

When all is well with Yuvraj Singh, he hits the ball as clean and long as it has ever been hit. In 2012 came the biggest challenge of his life, when he was diagnosed with a rare form of cancer which required a two and a half month treatment in the USA.

He returned home after completing his chemotherapy in April 2012, fairly confident that he could resume his duties on the cricket field reasonably quickly and in August he was named in India's squad for the World Twenty20 in Sri Lanka. He is the Most Destructive Batsman of India in the recent past.

Pakistani All-Rounder, Abdul Razzaq, is well known for his name Bang Bang Razzaq. He is the kind of Batsmen batsman who can change the match in a few moments by their explosive batting.

No one can forget his historical match-winning century against South Africa at Sharjah. Abdul Razzaq is a great hard hitter and is a good finisher for Pakistan. He can play in any situation and can hit massive sixes against any bowler.

With his hard-hitting Pakistan made a huge total in a few last overs. Many times he changed impossible targets to possible with his destructive batting.

Victorian All-Rounder Glenn Maxwell is one of the most dangerous hard hitters in current cricket. He has appeared in many T20s for his nation. He maintains an unbelievable strike rate of 129 in ODI.

His powerful hitting made him a threat in all three formats. He deserves the 4th spot in the list of Top 10 Most Dangerous Hard Hitters.

Kieron Pollard is a West Indian Cricket team player. This big West Indies player has a lot of power and when he connects the ball it mostly sails out of the Cricket ground.

No Cricket ground is too big when this West Indies cricketer is in his Hitting form. Kieron Pollard bats at the lower middle order and plays very well in the death overs.

He is a specialist 20 Over’s player and has a lot of experience to place his innings. Also, he bowls at a medium pace and comes in very handy with his bowling Kieron Pollard plays for Mumbai Indian’s cricket team in IPL along with Sachin Tendulkar.

Chris Gayle is undisputed as the world’s most dangerous batsman ever. This big player from Jamaica plays for the West Indies Cricket team in all three formats of the game but its scoring ability in the shorter version of the game makes him in the topmost position on our list.

He has so much power that even his bat edges can go over the fence for six. Chris Gayle is definitely a reason for nightmares for a lot of International Bowlers. He has a record 7 centuries in T20 cricket Chris Gayle's stay on the crease is a headache for any bowler.

Chris Gayle usually opens the innings and starts off slowly but once he settles then there is no stopping him. Chris Gayle also plays for Royal Challengers Bangalore in IPL. Gayle is a Destructive Batsman in Test cricket, One Day Cricket, and T20 Cricket.

Shahid Khan Afridi Widely Known as BOOM BOOM and LALA Among his Team Mats, Afridi is one of the most feared cricket batsmen in world cricket. He is known for his very aggressive and dangerous batting style as the only way he knows to play cricket by hitting every bowl he faces.

Afridi Made His Debut as a Leg Spin Bowler who can Bat, but after his historical and record-breaking Innings of 102 off just 37 balls he Became an Opener for Pakistan in ODI's, but now he plays for the team as a middle-order Batsmen.

He hasn’t been in his prime form lately but he has the potential to get back in his form any day. Shahid Afridi also has the record of hitting 2nd fastest Fifty in ODI's and many more Records. he is on the top of the list of the Most Destructive Batsman in ODI cricket All Time.

Let us know about this ranking in the comment box below. Thanks for visiting Most Dangerous Hard Hitters in Cricket. 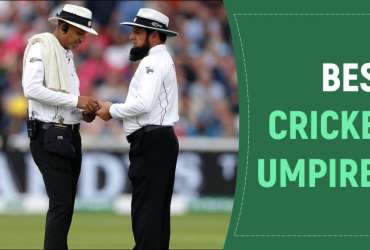 10 Best Cricket Umpires of All Time 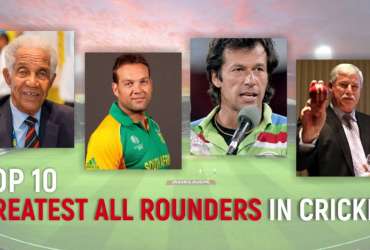 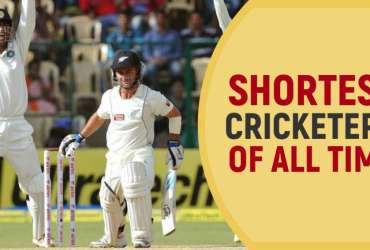 Top 10 Shortest Cricketers Of All Time 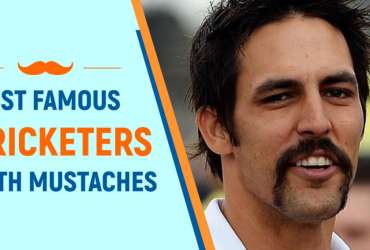 Top 10 Most Famous Cricketers With Mustaches 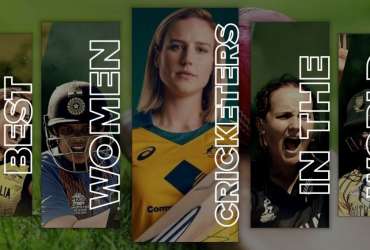