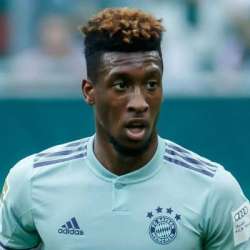 French young talent Kingsley Coman currently plays as a forward for the German Bundesliga club Bayern Munich besides making regular appearances for the France national football team. After starting his football journey with the youth academy system of Paris Saint-Germain, he moved to Juventus in 2014. He created a solid buzz in Italy while winning both the Serie A and Coppa Italia title in his debut season. Kingsley then joined Bayern Munich in 2015, on a season-long loan.

He again created a buzz on German media while winning the doubles for Bayern Munich in his debut season. Besides club football, Kingsley also played for France in several youth-level squads. He scored 11 goals in 39 matches that he played for the French U-16 to U-21 teams. Shortly after, he has earned his senior call-up and made his debut for France in November 2015. He helped the French squad to reach the finals of the UEFA Euro 2016.

Kingsley started his footballing journey with the youth academy system of his local club US Sénart-Moissy in 2002, at the age of just six. After two seasons of practicing there, he moved to the youth academy of one of the richest football clubs, Paris Saint-Germain, in 2004, at the age of just eight. Upon his arrival, he went through rigorous training while sharpening his football skills. Kingsley has appeared in several youth squads of PSG. He finally caught the attention of senior team officials in 2013.

After nine seasons of hardcore training, Kingsley has earned his first senior call-up in 2013. He made his debut for Paris Saint-Germain against Sochaux on 17 February 2013, as an 87th-minute replacement for Marco Verratti. He marked a record at the club while being the youngest debutant at the age of just 16 years 8 months and 4 days. PSG, on the other hand, has ended the season with Ligue 1 champions. The first big victory of Kingsley came when PSG defeated Bordeaux in the Trophée des Champions in Gabon on 3rd August 2013.

Kingsley signed a five-year contract with Italian Serie A club Juventus on 7th July 2014. Shortly after, he made his Serie A debut for the club against Chievo on 30th August 2014. He then scored his first professional goal in the Coppa Italia ‘Round of 16’ match against Hellas Verona on 15th January 2015. Kingsley made his European competitive debut in the 2015 UEFA Champions League final against Barcelona at Berlin's Olympiastadion on 6th June 2015. Juventus approved Bayern Munich’s wish to get him on their side on a two-year loan deal on 30th August 2015.

He joined Bayern Munich on a two-year loan on 30th August 2015, for a €7 million transfer fee. He received the ‘Number 29’ shirt upon his arrival at the club. Kingsley then made his Bundesliga debut for the club against Augsburg at the Allianz Arena on 12th September 2015. Kingsley scored his first goal for Bayern Munich against Darmstadt 98 on 19th September 2015. Shortly after, he scored his first UEFA Champions League goal against Olympiacos on 24th November 2015. Kingsley made his DFB-Pokal debut in the 2016 final match against Borussia Dortmund on 21st May 2016.

He signed a three-year permanent contract with Bayern Munich on 27th April 2017, for a transfer fee of €21 million. The following 2017-18 season remained a great success for him. He scored 7 goals and provided 8 assists in 32 matches that he played on that season. He again signed another contract extension on 21st December 2017. Recently on 12th August 2018, Kingsley helped the club to win the 2018 DFL-Supercup against Eintracht Frankfurt.

He made his debut for the French U-21 team in a friendly match against Singapore on 2th June 2014, at the age of just 17. Kingsley then has earned his first call-up for the French senior squad on 5th November 2015, to play in the friendly matches against Germany and England. He then made his debut against Germany at the Stade de France on 13th November 2015, as a replacement for Anthony Martial. Kingsley scored his first international goal against Russia on 29th March 2016. He then helped the French side to reach the 2016 UEFA Euro Final in May 2016.

Born in Paris, Kingsley Coman is of pure Guadeloupe descent through both of his parent’s side. He grew up in the Parisian neighborhood under the guidance of his father, Christian Coman, and his mother. Kingsley is currently dating his long-time girlfriend, French model Sephora Goignan. The couple now has a child together.

The current net worth of Kingsley Coman is estimated to be around €2 million as of the ongoing football season of 2018-19. His current market value now stands at €50 million as of 2018. He gets nearly €157,000 weekly wage from his current club Bayern Munich. Besides his footballing income, he also made his huge wealth through several of his personal endorsement deals.

With PSG, he won all the Ligue 1, Coupe de la Ligue, and Trophée des Champions in 2013. He then again won the Ligue 1 in 2014. With Juventus, Kingsley won all the Serie A title, Coppa Italia, and Supercoppa Italiana in 2015. Besides, he also helped the club to become the UEFA Champions League Runner-up the same season. With Bayern Munich, he won both the Bundesliga and DFL-Supercup thrice each till now. Besides, he also won the DFB-Pokal in 2016. Kingsley also became the UEFA Champions League top assist provider in the 2015-16 season.