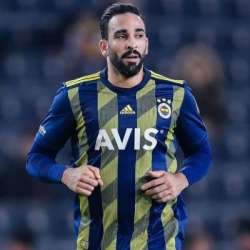 French footballer Adil Rami currently plays as a central defender for the Portuguese club Boavista besides making regular appearances for the France national football team. He started his professional journey with Étoile Fréjus Saint-Raphaël and has spent four seasons at the Championnat de France amateur. He then joined Lille in 2006 and has spent 5 seasons in Ligue 1 with the club till 2011. Rami moved to Spanish La Liga side Valencia in January 2011.

After spending three seasons with Valencia till 2014, he joined Italian Serie A side AC Milan in 2014. The next season, he again came back to La Liga and joined Sevilla. After two seasons with the side, he finally joined Marseille in 2017. Besides his club career, he also made a significant impact on his international career. He has earned his selection for the 2010 FIFA World Cup but remained unused. Recently in July 2018, he helped Les Bleus to lift the FIFA World Cup trophy in Russia.

Rami started his footballing journey with the youth academy system of his native club Étoile Fréjus Saint-Raphaël in 1994. He then made his amateur debut at the Championnat de France amateur, the fourth division of France, during the 2003-04 season. After playing in offensive positions, Rami switched to the central defensive position during the 2005-06 season. That season, French Ligue 1 club Lille offered him a trial. After a week’s training with Lille, he permanently joined the club for €10,000.

Rami became a regular starter of Lille’s Championnat de France amateur team upon his arrival at the club. He helped the squad to achieve the third position in the fourth division table in the 2006-07 season. He then has earned his promotion to the senior squad of Lille in May 2007. Rami made his professional debut in a Ligue 1 match against Auxerre on 19th May 2007. Shortly after, he has signed his first professional three-year contract with the club on 4th June 2007. He then received his permanent place at the senior squad and has received the ‘Number 23’ shirt.

He again signed a two-year contract extension with Lille after the end of the 2007-08 season. Rami has earned his first career red card in a Ligue 1 match against Nancy on 9th August 2008. He then scored his first goal for Lille in a match against Lyon on 18th October 2008. He made his European competitive debut in the UEFA Europa League third qualifying round match against Sevojno on 30th July 2009. In his career with the club between 2006 and 2011, he has made 142 official appearances for Lille while scoring 10 times.

Rami joined the Spanish La Liga side Valencia on 3rd January 2011. The club has reportedly paid in the range of €6–10 million to get him on their side. However, Rami immediately loaned back to Lille as a part of the deal. Finally, on 13th June 2011, he joined the Valencia squad. He then made his debut for the club in a match against Racing de Santander on 27th August 2011. Interestingly, he has also scored his first goal in his debut match for Valencia. From 2011 to 2014, Rami has appeared in 61 official matches for Valencia while scoring twice for the club.

Following his controversial interview on Radio Valencia, Rami received a temporary suspension from the Valencia club on 25th September 2013. Besides, he has also faced a €275,000 fine from the club due to that same incident. He then joined Italian Serie A side AC Milan on a season-long loan on 16th October 2013. Shortly after, Rami made his debut for Milan in a Serie A match against Atlanta on 6th January 2014. He then scored his first goal for the club in a match against Torino on 1st February 2014. Milan then signed Rami on a permanent basis with a three-season contract on 12th July 2014. The club has reportedly paid €3.75 million to Valencia to get Rami permanently on their side.

Rami signed a four-year contract with Spanish La Liga side Sevilla on 1st July 2015. The club has reportedly paid €3.5 million to AC Milan to get him on their side. In his debut season with Sevilla, Rami has made 28 La Liga appearances for the side. He has earned praises for his improved skills as a central defender during the following 2016-17 season. Rami has made 79 official appearances for Sevilla during his time at the club while scoring thrice.

Rami signed a four-year contract with the French Ligue 1 side Marseille on 13th July 2017. The club has reportedly paid a €6 million transfer fee to get him on their side. Shortly after, he made his debut for the club in the UEFA Europa League third qualifying round match against Oostende on 27th July 2017. He then made his Ligue 1 debut against Dijon on 6th August 2017. Rami scored his first goal for Marseille in the UEFA Europa League group stage match against Konyaspor on 14th September 2017.

Rami has received his first international call-up on 20th March 2008. He has then made his debut for the French B team in a friendly match against Mali on 25th March 2008. He has then earned his place in the 30-man preliminary list of the French squad to participate in the 2010 FIFA World Cup on 11th May 2010. Sadly, he failed to make it to the final 23. He has then earned his first senior call-up on 5th August 2010. He made his senior international debut in a friendly match against Norway on 11th August 2010.

Rami scored his first international goal in a friendly match against Iceland on 27th May 2012. He then made his first competitive tournament debut in the 2012 UEFA Euro opening match against England on 11th June 2012. He again received his place in the French squad for the UEFA Euro 2016, as a replacement for injured Raphael Varane. Recently in July 2018, he became a part of the World Cup-winning French team. Although, he didn’t make any appearances at the tournament.

Born in the city of Bastia on the island of Corsica, Rami is of Moroccan descent through his parent’s side. His mother was a former member of the city council. During his childhood days, Rami’s family moved to the mainland of France. He grew up in the southern coastal city of Fréjus along with two sisters and one brother. Rami was married to lingerie model Sidonie Biémont and the club has two kids together, Zayn and Madi. After their separation, Rami started dating Canadian actress Pamela Anderson.

The current net worth of Adil Rami is estimated to be around €10 million as of 2021. His market value now stands at €7 million as of the ongoing football season of 2020-21. However, he has reached his highest market value of €14 million in February 2012. He now gets nearly €4 million yearly salaries from his current Turkish club Fenerbahçe. Besides his footballing income, he has also made his wealth through several of his endorsement deals.