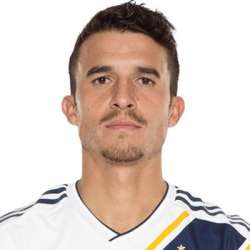 American soccer player Servando Carrasco currently plays as the defensive midfielder of the USL League One side Fort Lauderdale CF. However, he first came into prominence after receiving his place at the Seattle Sounders FC squad during the 2011 football season. And since then, he played for many American soccer clubs such as Houston Dynamo, Sporting Kansas City, Orlando City, and LA Galaxy.

Carrasco spent his entire soccer career in the United States, although he spent his childhood in Mexico. However, he started his professional career after he completed his college education from the University of California. And then, he created a solid buzz in the American media while playing for the MLS side Orlando City from 2015 to 2017. He then also played for the LA Galaxy between the 2018 and 2019 MLS season.

After completing his high school, Carrasco accepted his scholarship from the University of California in 2007. In his freshman year, he scored twice while assisting another three. He scored his debut goal came in a match against Washington. However, he scored a brilliant goal against San Diego during his first season. Shortly after, he provided assists in matches against the University of San Francisco, UCLA, and Stanford University.

For his performance in 2008, he has achieved his place in both the All-Pac-10 second team and Pac-10 All-Academic second-team. Carrasco provided seven assists that season with his brilliant assist against the game-winning score against the Oregon State University. In the following season, he suffered a horrific ankle injury. However, he kept his position in the All-Pac-10 second-team. Besides, he became the honorable mention at the Pac-10 All-Academic.

After completing his college education, Carrasco opted for the 2011 MLS SuperDraft. Seattle Sounders FC then took him as the second round 27th overall pick on 13th January 2011. Shortly after, he made his debut in a game against New York Red Bulls on 19th March 2011. However, he scored his first goal against Vancouver Whitecaps FC on 8th June 2013 from a penalty kick.

As an exchange for Adam Moffat, Seattle Sounders FC traded him to the Houston Dynamo on 13th September 2013. Shortly after, he joined Sporting Kansas City as the 30th overall pick in the 2015 MLS SuperDraft. Kansas City then again traded him to Orlando City SC for Amobi Okugo on 20th July 2015. He then scored his first goal for the Orlando City SC in a match against New York Red Bulls on 9th April 2017.

His contract with the Orlando City SC expired in 2017. Shortly after, he opted for the 2017 MLS Re-Entry Draft at the end of the 2017 MLS season. During the stage-two of the MLS draft, LA Galaxy selected him on 21st December 2017. He signed his final contract with the MLS side on 11th January 2017. After playing for a single season, he moved to the USL League One side Fort Lauderdale CF.

After a brief stint of relationship period, Servando Carrasco married one of the greatest female soccer players, Alex Morgan, on 31st December 2014. Alex currently plays for the Tottenham Hotspur female football squad besides her appearance for the USA national team. Their first child, Charlie Elena Carrasco, was born on 7th May 2020.

According to the current financial reports of the 2021-22 MLS football season, the net worth of Servando Carrasco is around $300k. He currently gets around $70k yearly salary for his association with the USL League One side Fort Lauderdale CF.

Q. Who is Servando Carrasco?

Servando Carrasco is an American soccer player. He currently plays for the USL League One side Fort Lauderdale CF. However, he played for many other USA-based football teams. He is also the husband of the famous soccer star, Alex Morgan.

Q. What nationality is Servando Carrasco?

Born in Coronado city of California, United States, Servando Carrasco is American. However, he spent his childhood days in the Tijuana city in Mexico. His family then moved back to the United States when he was just 7 years old.

Servando Carrasco currently plays for the USL League One franchise Fort Lauderdale CF as a defensive midfielder. However, he played for many other clubs since 2011, such as Seattle Sounders FC, Houston Dynamo, Sporting Kansas City, Orlando City, and LA Galaxy.

Q. Who is Servando Carrasco married to?

Servando Carrasco is married to one of the best female soccer players in the United States, Alex Morgan. The couple got married on Servando Carrasco. They now have a cute daughter named Charlie Elena Carrasco who was born on 7th May 2020.