It’s safe to say that NFL’s biggest stars really do get their money’s worth. It takes year-round training to get more than ‘good’ on the gridiron. Therefore, don’t be surprised to see some of the biggest names in the biz raking in cash.

Highest-paid NFL stars of all time, in no particular order

Brees is widely seen as one of the top three highest-earning QBs since records began. Racking up 20 seasons will make big bucks, and with a net worth of $269 million, he’s definitely earned it.

Tom Brady is perhaps the name most people think of when the NFL comes up in conversation. It’s not hard to understand why. With over 20 years on the field and seven Super Bowls, he’s worth more than $263 million. Brees better watch his record.

Manning may be retired now, but the multi-MVP racked up an impressive net worth of $248 million. That’s not a bad haul over 18 years, with a career-high of $35 million in a single season. The Sheriff’s place in earning history is cemented.

Stafford’s spent just over a decade on the gridiron and is already worth more than $226 million. That’s including an eye-watering $43 million he’s earned for upcoming services to the LA Rams.

Rivers is another retiree who’s cashing in big. While he may never have won a championship, he earned $32 million in one fantastic season. That’s $243 million in the bank.

The WR’s earnings are notable simply because no other wide receiver had earned so much in signing. His bonus to keep him on-side with the Atlanta Falcons is worth $25 million. The record’s beaten - but with ten seasons behind him, Jones has a way to go yet.

Big Ben Roethlisberger is likely to bow out of the NFL soon enough, but not without $253 million earned. That’s not a bad sum for 18 years on the squad.

Bradford may not be an active star at the moment, but for a time, he was a rising star. The last of the big-earning rookies, nine seasons granted him more than $130 million. As of the time of writing, his QB turn at the Arizona Cardinals in 2018 was his swan song.

Eli Manning is another NFL retiree whose financial records will take some beating. Winning two championships, four bowls, and claiming $17 million in his last season, he enjoys a net worth of $252 million-plus.

Though beleaguered with injury, Smith led squads to three bowl wins and sixteen seasons of QB support. He earned an incredible $40 million in 2018 alone and is worth almost $190 million. 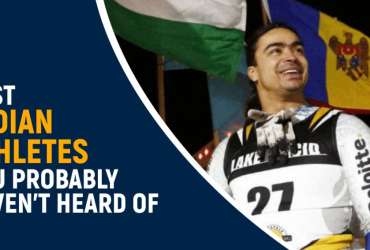