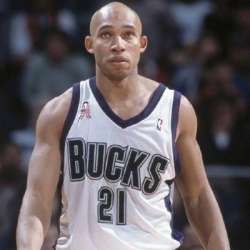 Former National Basketball League player Darvin Ham is currently the coaching assistant for the NBA's Milwaukee Bucks. Ham is the son of the first female mayor of Saginaw, Wilmer Jones-Ham, who served from 2001 to 2005.

Darvin Ham Biography, Net Worth, And Other Amazing Facts

He won an NBA championship playing for a Detroit Pistons team that included Chauncey Billups in 2004. His name is on the list of the Most Successful and Famous Basketball Players.

In 1993, Ham attended Texas Tech University after graduating from Saginaw High School. In the 1996 NCAA Tournament, he received national attention after smashing the backboard with a slam dunk against UNC.

The dunk moved the Red Raiders into the Sweet Sixteen for the first time ever. Sports Illustrated magazine featured the dunk on its cover. Ham won the slam dunk contest in 1996 that his teammate Lance Hughes won in 1995.

Darvin Ham was the person who broke the backboard against North Carolina in the NCAA tournament on March 17, 1996. Texas Tech's powerful forward noticed he had a clear path to the basket when his teammate Jason Sasser threw an off-target hook to him while he stood beyond the free-throw line.

Ham seized the opportunity, taking two steps toward the goal and then launching. He was then showered with broken glass the next time he touched the ground, which cemented the legacy that belonged to him.

On October 1, 1996, Denver Nuggets signed Ham as a free agent. Denver traded him to the Indiana Pacers in exchange for Jerome Allen in February 1997. Afterward, Ham was a free agent with many oldest NBA teams such as the Washington Wizards (1997), Milwaukee Bucks (1999), Atlanta Hawks (2002), and Detroit Pistons (2003).

In his Milwaukee Bucks days, he earned the nickname "Ham Slamwich" and "Dunkin Darvin" as a fan favorite, which continued throughout his career. He won the NBA championship in 2004 as a member of the Detroit Pistons team captained by Chauncey Billups.

Ham participated in Basketball Without Borders in Johannesburg, South Africa, in 2005.

He joined Fox Sports Southwest in 2006 as a studio analyst and provided his expert opinion about Dallas Mavericks' playoff run. From July 10–14, 2006, he played a summer league game for the Orlando Magic in the Pepsi Pro Summer League. Ham later played for the New Jersey Nets in the 2006 preseason.

On October 24, 2007, Ham was waived from the Mavericks after spending a brief preseason stint with the team. In 2007, he was drafted by the Albuquerque Thunderbirds as the third pick overall in the NBA Development League draft. Ham was traded to the Austin Toros on April 4, 2008.

On October 8, 2008, Ham was invited to join the Thunderbirds coaching staff. Later they hired him to be their head coach. The U.S. Department of State sent Ham to Venezuela in June 2011 as a SportsUnited Sports Envoy.

As part of this role, he assisted Kayte Christensen in conducting basketball clinics and worked with Venezuelan sports officials to train 300 youth from underserved areas. Therefore, Ham helped SportsUnited achieve its mission of global inclusion and understanding through sport.

Following the successes of the first workshop, he conducted a second one for more than 200 youngsters in Myanmar. It was the first exchange of sports sponsored by the State Department with Myanmar.

After becoming a Los Angeles Lakers assistant coach in October 2011, he worked with several great NBA players like Dwight Howard, Kobe Bryant, and Pau Gasol as a player development coach.

He helped the Hawks make the playoffs in two consecutive seasons, including taking them to the Eastern Conference finals in 2015. Additionally, The Atlanta Hawks made the playoffs, and he led their starting five to the 2015 NBA All-Stars.

In 2018, he accompanied Mike Budenholzer on a new venture with the Milwaukee Bucks, which is where Budenholzer won the NBA Coach of the Year (2019-20) award. The team had its best record since 1972, thanks to Ham.

The wife of Darvin Ham is Deneitra Ham. In the Ham family, Darvin Ham Jr. is the only son. Besides playing at Northwood University, he is also an assistant coach at Saginaw Valley State University.

Deneitra and Darvin Ham have been running Youth Enrichment Programs since 2003, named Urban Youth Development. UYD emphasizes the importance of equipping youth with the tools to achieve their goals and help the children achieve those goals.

Despite his fame, Darvin Ham does not yet have any tattoos. It's probably fair to say he is the best player in the NBA with zero tattoos. For him, it is more important to perform great than to wear tattoos.

As a successful NBA star and coach, he has earned the right to own a luxurious car. However, he never showed off publicly.

The principal source of wealth for Darvin Ham was his career as a basketball player. Moreover, he is also charging reasonable fees for coaching. Based on our precise estimate, his net worth is between $1.5 Million to $5.5 Million.

Q. Who is Darvin Ham?

The former National Basketball League player Darvin Ham now helps the Milwaukee Bucks of the NBA as an assistant coach. Wilmer Jones-Ham, who served as Saginaw's first female mayor from 2001 to 2005, is Darvin Jones Ham's mother. Originally from Michigan, he went on to play basketball at Texas Tech University. In 1996, he joined the NBA and played for eight seasons. Additionally, Darvin has played for the NBA-D League and the FBA for three years.


Q. How rich is Darvin Ham?

First of all, Darvin Ham accumulated most of his wealth due to his basketball career. Secondly, he charges reasonable fees for his coaching services. In conclusion, we have authenticated his net worth to be in the range of $1.5M to $5.5M.

Q. When is Darvin Ham's birthday?

Q. When and how did Darvin Ham become famous?

In the NCAA tournament on March 17, 1996, Darvin Ham broke the backboard against North Carolina. Despite standing beyond the free-throw line, Texas Tech's powerful forward saw that he had an open shot when teammate Jason Sasser threw him an off-target hook shot. Ham grabbed the chance, taking two steps toward his goal and then launching. Once he touched the ground the next time, he was showered with broken glass, cementing his legacy in the community. His shattering of a backboard makes him famous.


Q. How tall is Darvin Ham?

Q. Who is Darvin Ham's girlfriend?

As of now, Ham is not dating a woman because he is married to Deneitra Ham. They have a son. In addition to playing basketball at Northwood University, Darvin Ham Junior has served as an assistant coach at Saginaw Valley State University. 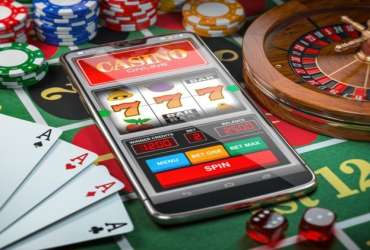 How to find the online casino offering the best winnings?