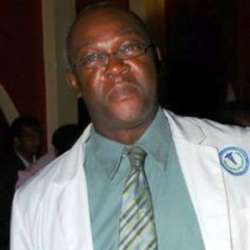 White recorded his first cricketing tour with the West Indies Young Cricketers team in 1978. He played against England in an ODI match as well as two test matches. He delivered considerable performance during that tour.

During the 1980 cricket season, he made his debut for the Leeward Islands against the Guyana Cricket Team. During the same year, he made a first-class appearance while touring in England. He then made two consecutive List-A appearances against the Trinidad and Tobago cricket team and the Jamaican cricket team during the Geddes Grant/Harrison Line Trophy in 1981.

During that same season, he played a match against the touring Indian cricket team. Shortly after, he made two List-A appearances against Guyana and the Barbados cricket team in 1983. He didn’t make any further appearance in the first-class or List-A, although he continued to play in minor leagues. He played for the Montserrat cricket team for four years till 1985. White made his final appearance in the Nissan Leeward Islands Tournament in 1985.