Top 10 Most Successful Goalkeepers of All Time | FIFA Ranking

In lists of the best footballers, goalkeepers are often overlooked or underrated, but their agility and concentration surpass that of other positions. The goalkeeper's responsibility is to keep the ball out of a 7.32 x 2.44-meter goal in any way they can. Before being asked to play, goalkeepers need to remain alert for several minutes, and their split-second decisions sometimes decide the outcome of an entire match. Here we list the ten most successful goalkeepers of all time.

Football is not just one of the most popular sports in the world but it is also among the highest-paying sports right now. Among several of its positions, goalkeepers or goalies are the ones who serve as the last defense of any football team. And here are the most successful goalkeepers in football history.

A professional footballer from the Czech Republic currently works for one of the Premier League champions, Chelsea, as a technical advisor and an emergency goalkeeper. He was rated one of the best goalkeepers in history by numerous players, pundits, and managers.

Čech started his senior career at Chmel Blsany in 1999, where he sporadically played for two seasons prior to moving to Sparta Prague in 2001. Due to his impressive performances and skills, Cech is one of the most successful goalkeepers of all time.

Cech has 124 caps for the Czech national team, the most in the team's history. Before retiring from international play in 2016, he was voted to the Euro 2004 All-Star team for his role in helping the Czech Republic reach the semi-finals. Additionally, Cech holds the record for winning the Golden Ball award and the Czech Footballer of the Year award.

In 180 appearances, Cech holds the Premier League record for the fewest appearances needed to achieve 100 clean sheets. Moreover, he is the only goalkeeper to have won the Golden Glove on four different occasions for two separate clubs.

In 2017, Wesley Sneijder was the Netherlands' most-capped player with 130 caps. As a goalkeeper, van der Sar is regarded as one of the best ever by critics and peers. With 26 major trophies to his name, mainly Ajax and Manchester United, he is also one of the most successful goalkeepers ever.

He also set a world record by allowing no goals in the league for 1,311 minutes during the 2008–09 season. Sar also holds the record for the oldest player to win the Premier League, having achieved it in 2011 at the age of 40 years and 205 days.

A multiple award winner, van der Sar was ranked as the best goalkeeper in Europe in both 1995 and 2009 and the UEFA Club Goalkeeper of the Year in 2009. And during his career, he remained one of the highest-paid footballers ever to grace the field.

Banks played goalkeeping for the English national team as a professional footballer. During his professional career, Banks appeared in 679 games and won 73 caps for England, including starting all of the nation's 1966 World Cup matches.

Despite being Stoke's and England's number one, he lost both his sight in his right eye and his career due to a car crash in October 1972. And, the career ended right there for one of the most handsome footballers of his time.

In its list of the top goalkeepers of the 20th century, Banks was ranked second after Lev Yashin (1st) and above Dino Zoff (3rd).

Former professional footballer Dino Zoff, born 28 February 1942, played as a goalkeeper. The Italian national team captain won the 1982 World Cup at the age of 40, making him the oldest ever winner. The best goalkeeper award also went to him.

The two clean sheets he kept at the tournament helped him attain the honor of being selected for the tournament team, which he also received after winning the 1968 European Championship on home soil.

Known as one of the most successful goalkeepers of all time, Zoff had an impressive career by avoiding injuries and exhibiting stamina, endurance, and determination. Besides, he delivered some of the most miraculous performances in several most popular football leagues around the globe.

The Italian Football Federation selected him as the best player of the last 50 years, the Golden Player award. In international football, Zoff also holds the record for allowing no goals for the most extended duration of time (1142 minutes).

Neuer was born in Dortmund, Germany, on 27 March 1986. He is a professional footballer for Bayern Munich and the German national team. His accolades rank him among the top goalkeepers in the history of the sport. Besides, he is also the best football goalkeeper right now who is active in the current scenario.

Neuer is often referred to as a "sweeper-keeper" because of his style of play and ability to go out of his goalkeeper box before opponents do. He was named one of the most successful goalkeepers of the decade from 2011 to 2020 by IFFHS.

The Schalke 04 player started his career by winning the DFB-Pokal and DFL-Ligapokal. A champion at Bayern Munich since 2011, he won 25 trophies, including nine Bundesliga championships and two Champions Leagues.

The former goalkeeper is a German football executive, as well as a professional player. A member of the Karlsruher SC Junior team since 1975, he began his career with the team. In December 2006, Kahn also had his debut match in this experienced squad.

After joining Chelsea in 1993 and playing for them until the end of his career in 2008, he was transferred to Bayern Munich for DM 4.6 million in 1994. He has accumulated outstanding achievements throughout his career and is known as one of the most successful goalkeepers of all time.

In addition to eight titles in the Bundesliga, six DFB-Pokals, the UEFA Cup in 1996, and the UEFA Champions League in 2001, Bayern has also achieved the UEFA Intercontinental Cup. To tribute him, several of the best goalkeeping gloves are named after this German legend.

Furthermore, the most decorated goalkeeper of all time won three IFFHS World's Best Goalkeeper Awards and two German Footballer of the Year Awards. With his winning of the Golden Ball in the 2002 World Cup, Kahn became the only goalkeeper in tournament history to do so.

The former professional football player Schmeichel was a goalkeeper for the Danish national team. It was during his tenure at Manchester United, where he won the 1999 UEFA Champions League Final to complete the treble, that he achieved his most tremendous success. During his heydays, he was widely dubbed as one of the tallest athletes in the sports world.

Moreover, he won UEFA Euro 1992 with Denmark. He is known for his big unique physique with a height of 6 feet 3 inches. Additionally, Peter is the most capped player for the Denmark national team with 129 appearances from 1987 to 2001.

His impressive performances and excellent skills have made him one of the most successful goalkeepers of all time. Several IFFHS polls recognized him as the best goalkeeper in 1992 and 1993. He was also fought to be the greatest goalkeeper in Premier League history by many, including Petr Cech, by the IFFHS in 2000.

At the end of Schmeichel's Manchester United career, he and United won the treble, the title of FA Premier League champions, the FA Cup, and the Champions League all at the same time.

Spanish footballer Iker Casillas Fernández is a former goalkeeper who played for Spanish teams. Casillas has a reputation as one of the greatest goalkeepers since his spectacular saves have earned him the nickname "San Iker" (Saint Iker). As one of the most talented shot-stoppers globally, he is athletic, has excellent reaction time, and is a quick-reacting player.

During his lengthy career at Real Madrid, Casillas achieved over 1000 professional matches in his career. As for the Spain national team and in the UEFA Champions League, he holds the record for the most number of clean sheets. And even after his retirement, he is still dubbed as one of the greatest footballers of all time.

I won the Yashin Award for being the best goalkeeper of the 2010 World Cup, which was Iker's first World Cup victory as Spain's goalkeeper. Defending their title for the second time, Spain won the European Championship again in 2012.

During the competition, he set the record for the most consecutive minutes (509) without conceding a goal. Iker is known as one of the best goalkeepers in football's history.

The "Black Spider," or "Black Panther," was a former Soviet goalkeeper. He is considered one of the most outstanding goalkeepers in the history of the game. Besides, he is also one of the tallest footballers of all time. His command over the entire defense earned Yashin his reputation for revolutionizing the position.

Throughout his career, he also kept over 270 clean sheets and won gold medals at the 1956 and 1960 Olympic football tournaments. As a goalkeeper, Yashin was the only man to receive the Ballon d'Or, which he received in 1963.

FIFA records Yashin as saving the most penalty kicks of all time in professional football. Without any doubt, he is one of the most successful players ever to participate in the FIFA World Cup.

Italian footballer Michele Buffin was born on 28 January 1978. He is a goalkeeper who plays for Serie B club Parma. Many people consider him to be a great goalkeeper, and some even consider him the best of all time. Besides, he remained one of the highest-paid athletes throughout his entire career.

He kept five clean sheets during the 2006 World Cup, a record at that time. He was honored with the Yashin Award in 2008 and elected to the tournament team in 2012. As a result of reaching the quarterfinals of the 2008 and 2012 European Championships, Buffon also received awards from UEFA.

We compile this list of the ten most successful goalkeepers of all time for you. Feel free to tell us in the comment box about the list. We appreciate your feedback.

FAQs Regarding Most Successful Goalkeepers

Q. Which goalkeeper has won the most trophies?

Iker Casillas beat Gianluigi Buffon and Manuel Neuer to hold the record for the most consecutive awards (between 2008 and 2012), winning five times. In 2017, Almunia stated these thoughts about Casillas: "Iker is a strong goalkeeper, jumps well; he can dive well either way. He is a cat between the posts.”

Q. Who are the top 10 best goalkeepers?

Q. Who is the most valuable goalkeeper in the world?

Thibaut Courtois, a goalkeeper from Belgium with a market value of approximately 75 million euros, will be among the players. Several of Europe's best and most expensive soccer players are likely to compete, but Courtois is the keeper with the highest market value, representing Belgium.

Throughout his professional career, Jan Oblak has kept 123 clean sheets in 229 games for Atletico Madrid. That's the highest percentage of clean sheets in the division's history (53.7%) - by a good margin too. Oblak is known as one of the greatest footballers in 2021. 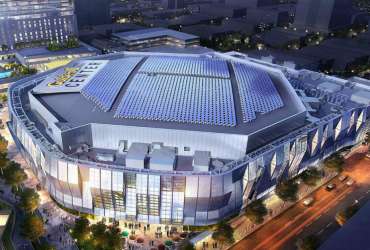