Top 10 Most Popular Sports In Australia

Sports are a common fiber of human life. Every country in the world has some sports, which may not be played in other countries. The same is the case with Australia. Sport is a national passion in Australia. Australian peoples are avid followers of ‘footy’, which covers every game from uniquely Australian AFL to rugby union. Australians play beach cricket and backyard all summer and spend thousands of dollars to watch the iconic Boxing Day Test at Melbourne’s MCG and several other most popular sports in Australia.

Most Popular Sports In Australia

Summer is considered as the season of sport around the country and especially the Grand Slam tennis tournament held in this session. Australia has lush, championship-designed golf courses across the country and this country has the record in hosting many premier golf events. Australia marathons attract thousands of runners from all over the world and rev-heads everywhere know about the Australia car racing events, for example, the Formula 1 Australia Grand Prix. Here in this post, I will tell you in detail about the most popular sports in Australia.

Besides the popularity of the NBA, Australia also has its very own basketball league called the NBL or National Basketball League. Since 1979, 8 (sometimes 9) actively participate in this league. Thousands of Australians regularly visit the ground to witness their favorite teams play during the weekend games.

We all know that Marathons are a big sports event on Australia’s sporting calendar. There are many 10km and 5km races held. In May, The Great Ocean Road International Marathon is held in Australia. Besides some amazing marathon participants, Australia has also produced some of the best sprinters of all time.

And during the month of June, the popular Gold Course Airport Marathon is held in the country in which many runners from all over the world take part. Marathon now holds its place among the top 10 most popular sports in Australia.

Many Australians are passionate about car racing. Every year country hosts a number of rubber-burning events. Each March for the Formula 1 Australian Grand Prix Melbourne’s Albert Park is the venue. For the Nikon SuperGP in October. Primed V8 Supercars hit the Gold Coast.

If you are a tourist and you are on a visit to Australia during the month of October then you will enjoy the buzz around the Supercheap Auto Bathurst 1,000. And now, car racing has become one of the top 10 most popular sports in Australia.

There are more than 1,500 golf courses across Australia.  Golf is a popular leisure sport for Australians. Australia has both private and public courses. Some of the courses are champion-designed and many boasting spectacular views. The best part of Golf courses is that many courses are connected with luxurious resorts. And now, golf surely deserves its place among the top 10 most popular sports in Australia.

The most famous home cricket match of Australia is the one-day Boxing Day Test at Melbourne’s MCG. Australia’s cricket heroes are one of the greatest batsmen Sir Donald Bradman, one of the fastest bowlers Glen McGrath, the Chappell brothers, Steve Waugh, Shane Warne, Mark  Waugh, Ritchie Benaud, and Ricky Ponting.

Every year in January, Australia becomes the headquarters for hosting international tennis tournaments in the lead-up to the Australian Open. First of all, Perth’s Hopman Cup starts in which eight top-ranking doubles teams compete for a tennis-ball trophy covered with Kimberley diamonds. At the Brisbane International top male tennis stars warm-up for the Australian Open in the first week of January.

Female players also sharpen their serves at the Moorilla Hobart International a week later. The other tennis tournaments are Grand Slam tournaments, French Open, US Open, and Wimbledon. Tennis now holds its place among the top 10 most popular sports in Australia.

In 1922 the first national soccer team of Australia was formed for a tour of New Zealand. In 1974. Australia's Soccer team made its first appearance in the World Cup finals in West Germany. Today the national team of Australia – the Socceroos – has had several World Cups behind it and this team gaining success on the international circuit.

The Socceroos national team of Australia qualified for the 2010 World Cup in South Africa without losing a single match. Soccer now surely deserves its place among the top 10 most popular sports in Australia.

Rugby World Cup is also held in Australia after years in which many teams come to play from across the world.  Seven former Australian players like Nick Farr-Jones have been introduced into the International Rugby Hall of Fame. In the Super 14s cup Australia’s state teams play with each other, South African and New Zealand teams.

The Rugby League is a full-contact ball sport and considered the third most popular sport in Australia. This Australian sport actually branched out from the Rugby Union in the early 20th century. Most of the eastern states mainly participate in the NRL or The National Rugby League. Most of the 16 teams of NRL are based in and around Sydney.

The NRL season starts in early March and ends with the grand final on the first Sunday of October. NRL competitions usually attract huge crowds and huge TV audiences as well. There are also annual international games like the New Zealand VS Australia ANZAC Day test.

If in Australia, you see men in shorts leaping to great heights playing in a large arena with an oval ball, then you’re definitely watching a game of Australian Football. AFL (Australian Football League) is Australia’s premier spectator sport and it is developed in Melbourne in the 19th century. This is the most attended sports league in the country. The popularity of this sport is very high in Victoria, where it’s practically a religion. Sydney, Perth, Brisbane, and Adelaide also have passionately supported AFL teams. AFL consist of 16 teams that play 22 home and away rounds from March to September.

Australia’s beloved ‘footy’ actually covers four codes, which may be a little confusing. Depending on different states of Australia, this could mean Rugby League, Australian Football League (AFL), Rugby Union, or the soccer that most Europeans know as football! All these four codes command a strong, loyal fan base. These codes are played in the same season from March to September.

So, these were the top 10 most popular sports in Australia. Feel free to share your opinions in the comments down below. 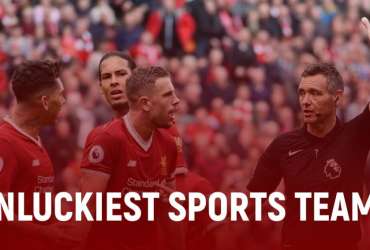 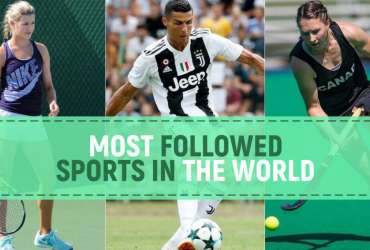 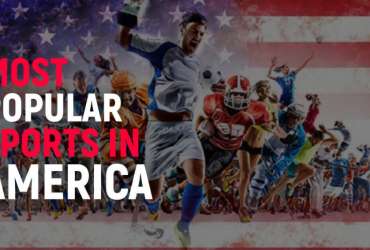 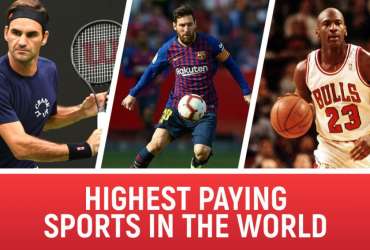