Since the world is developing and everyone is more passionate about sports cars and fast cars like F1 instead of family jeeps and other vehicles. It doesn't matter if you watch racing sports or go on the road, you're always intrigued by racing cars.

It is not easy to choose the fastest F1 cars of all time due to the level of competition among the car companies. Still, we have selected the ten best formula cars in the market that have been used by famous racer celebrities.

Youngsters are attracted to F1 cars because these cars have multiple features such as speed, structure, and aesthetics. Let's look at the rankings to find out which car is the best.

We have recently ranked not just the most expansive sports cars but also the most affordable sports cars in the world right now. But, it’s time for some speed now! So, here are the fastest Formula 1 cars of all time.

Driven by the two world champions Fernando Alonso and Stoffel Vandoorne, this car always remained among the fastest cars. We have also placed it in the 10th spot in the top ten fastest F1 cars of all time.

Data analysis, sensors, power unit control, and chassis control are its most distinctive advanced features. Besides, it was driven by some of the highest-paid race car drivers in the world right now.

A number of changes have done to this model and it is one of the most appreciated Formula One cars. This orange and black car is constructed and designed by McLaren and Tim Goss. Having 1,605 lbs weight these functions on the BP Ultimate fuel.

Besides, it has high-quality treaded intermediate and wet Pirelli tires with the AP Racing electro-hydraulically operated clutch. Further, this car has Honda Lithium-ion batteries with a power of 850-900hp. In its competition history, its major debut was in 2017 at the Australian Grand Prix.

On 9th number, we have ranked the Force India VJM10 car as the fastest Formula One racing car. This car was first represented in 2017 by the Force India team. Its grand entry was at Australian Grand Prix in 2017.

The Force India selected the world champion drivers, Sergio Perez and Esteban Ocon, for its representation. Further, its chassis is composed of carbon fiber and honeycomb composite monocoque with zylon side anti-intrusion panels.

This car has an electric motor with kinetic and thermal energy recovery systems. Moreover, Petronas Primax is used as a fuel, and it is lubricated with Petronas Syntium & Tutela.

The Force India VJM10 has a transmission of the semi-automatic sequential gearbox with eight forward and one reverse gear. The powerful engine of the Mercedes-AMG F1 made it a more significant racing car with the 15,000RPM.

Constructed and designed by Scuderia Toro Rosso and James Key, this car was first fired on the track in 2017. This STR12 model with all the magnificent features is regarded as the most advanced Toro Rosso till now. Moreover, its powerful Renault engine made it worthy to be among the fastest formula one. We have also ranked this car in the 8th spot.

Further, its monocoque chassis with the carbon-fiber composite survival cell made it a more significant model. This is characterized by the wide front with the suspension of upper and lower carbon wishbones and torsion bar springs.

That’s not all, its special transmission has a hydraulic system for power shift and clutch operation. Additionally, its brakes made of Brembo carbon discs, calipers, and pads highlighted this car. With having high-quality Pirelli tires, this car is lubricated with the Mobil 1.

Besides, the car appeared first with the Daniil Kvyat and Carlos Sainz, Jr. Considering its competition history, it has its significant debut at the Australian Grand Prix in 2017.

To celebrate its silver jubilee anniversary, Sauber represented it for the first time during the 2017 F1 season. This car is actually designed and constructed by Jorg Zander and Sauber in the Formula One category.

The C36, the latest model of Sauber, made its first debut at the Australian Grand Prix in 2017. And since then, it has witnessed some of the fastest pitstops in F1 history till now.

Moreover, Sauber C36 selected Marcus Ericsson and Pascal Wehrlein for their representation in the competitions. This C36 model is characterized for its latest addition of the Ferrari engine with a maximum of 15,000 RMP. Its transmission has Ferrari 8-speed quick-shift carbon gearbox, which made it more magnificent than its predecessors.

This blue and grey C36 is made larger in size than the previous model. Its tires are also 25% wider but the front and rear wings are the same. Furthermore, this car has a strong chassis of carbon-fiber monocoque and high-quality Pirelli tires. Due to these specializations, this is on 7th number among the top ten fastest Formula One cars.

The Williams FW40 was first launched in the 2017 pre-season testing at Barcelona, at its 40th anniversary. Its front is suspended with the double-wishbone, push-rod activated springs and anti-roll bar. The Mercedes-AMG F1 M08 EQ Power+ engine made this car among the fastest Formula One cars.

This car selected the three champions Lance Stroll, Felipe Massa, and Paul Di Resta as its advertisers. In the history of Williams, its notable entrants were at Williams Martini Racing.

It's unavoidable to highlight its features of wide bodywork, wide tires, and amazing front and rear wings. With a weight of 1,602lbs, it has AP 6 piston front and 4 piston rear calipers of carbon pads. Besides, this car works on Petronas Primax fuel with having a maximum fuel rate of 100kg/hr.

This is the Lotus’s only car which has changed its engine, now own a Mercedes engine for better performance. Before that its previous model didn’t perform well with the tusk nose instead of the Mercedes engine. The first Lotus E23 car was revealed in 2015, from then it is included in the fastest f1 cars.

Among the top ten fastest Formula One cars of all time, it is ranked on number five. Moreover, its impressive features are carbon fiber plate clutches and semi-automatic as well as forward and reverse gear.

With having a weight of 702 kg this car has a power of 930 hp. Further, the Mercedes PU106B Hybrid Turbo quality engine with the 15,000 RMP enhanced its functioning.

In its competition history, its memorable entrants are the Lotus F1 Team with the debut of 2015, Australian Grand Prix. Besides that, Lotus E23 chose the World champions, Romain Grosjean and Pastor Maldonado for representing the car.

We have ranked Manor MRT05 on the 4th position among the top ten fastest formula one cars of all time. As compared to its predecessors, Manor upgrade this design for the 2016 Formula One Season.

Additionally, Manor incorporated the Mercedes power unit switching from the Ferrari power. Besides, this car has a cooling system containing Aluminum oil and a gearbox which prevents the engine from overheating.

Its significant features that should be highlighted include the rear suspension, wheel changes, and brakes. A powerful engine that is Mercedes PU106C V6 Turbo, contributes to its brilliant functioning.

In order to advertise this model, Manor has selected Pascal Wehrlein, Rio Haryanto, and the champion Esteban Ocon. And its major debut was in 2016 at the Australian Grand Prix. Moreover, this car has a semi-automatic sequential eight-speed forward plus reverse transmission.

Representing you another excellent and one of the fastest cars of all time, the Mercedes AMG W08 EQ Power. We have noticed different wonderful designs of Mercedes AMG cars in many formula one races. In addition to its brilliant appearance, this car has a strong quality chassis, rear wings, and wide tires.

This car has a number of extraordinary features that help it stand out from the crowd of its competitors. Further, it has a powerful engine with 15,000 RPM that boosts the car’s speed more. And some of the greatest Formula 1 drivers have already tested it out on the real scenario.

The fuel utilized by this car is Petronas Primax and the power of the Mercedes AMG W08 EQ Power is 950-1000 hp. On the other hand, due to its mind-blowing properties, the car made its debut at the Australian Grand Prix in 2017.

Moreover, three-time World Drivers’ Champions such as Lewis Hamilton and Valtteri Bottas selected this fastest car for the competition. Of all the previous models of Mercedes, this is the latest car with the most advanced technology.

In a number of fast cars, the second-fastest car of all time is Red Bull RB13. By examining its features, we can surely say that this is the best car among its predecessors and competitors.

Its outstanding qualities include its powerful 6-cylinder engine with a power of 900 bhp. And with its massive power, it is one of the most popular American sports cars of all time.

Moreover, its marvelous functioning also includes strong chassis and a number of other significant features. Red Bull RB13 is the first British-based foreign formula one car to utilize ExxonMobil fuel. Additionally, this car is also well known because of its maximum RPM of 15.000.

Besides, its significance became more evident, when it was driven by the champions like Daniel Ricciardo and Max Verstappen. They finished the competition by winning the 3rd and 33rd spots correspondingly. This was the major debut of this car, in the 2017 Australian Grand Prix.

Of all the incredible racing cars, the fastest f1 car of all time is Ferrari SF70H. Its significant features include its own special engine with a maximum of 15,000 rpm. And some of the athletes with the biggest car collections also want this beast on their garage.

Moreover, the Ferrari SF70H is characterized by a power of 950-1000 hp. Its distinctive shape with the wide tires, rear wings, and wide front makes it one in a million cars.

Furthermore, its speed and swiftness are also appreciable features of this car. Its memorable major debut was at the Australian Grand Prix. During the 2017 formula one season, this outstanding car was driven by the drivers like Sebastian Vettel and Kimi Raikkonen.

These world champions won the first and the fourth positions in the competition respectively. Their victories made this Ferrari SF0H’s characteristics more significant. This is a fashionable as well as a reliable car which stands out from the crowd of its contestants.

That's all, folks. We are completely sure that you have enjoyed reading our blog and are satisfied with our rankings. If you still have a question regarding our ranking or want to suggest us more information. you are welcome. Please write for us in the comment box and you can even send us an email. we will highly appreciate your response.

Q. How much faster are F1 cars?

F1 cars with wings adjusted to run at Indianapolis Motor Speedway would reach speeds of about 240 mph, matching or slightly beating that of IndyCars. Therefore, they would easily beat NASCAR.

Q. Is NASCAR bigger than Formula 1?

In general, Formula 1 is more popular around the world. There is many more Formula 1 fan than NASCAR fans, at least globally, as evidenced by much higher attendance and TV viewership. However, in the United States, NASCAR is the more popular sport.

Despite its space-saving and safety-driven design, this tank can hold 30 gallons of fuel, or 110 liters or kilograms, the maximum allowable for a race. On any given driver, the tank is wide at the base and tapers off at about neck height. 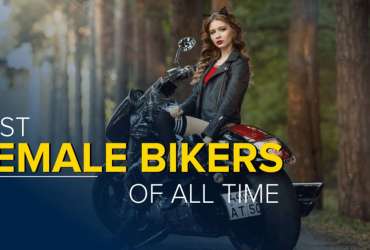 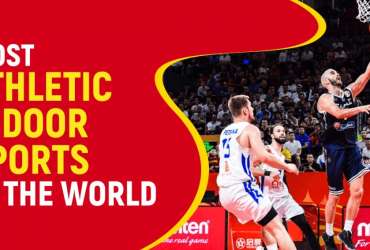 Top 10 Most Athletic Indoor Sports In The World 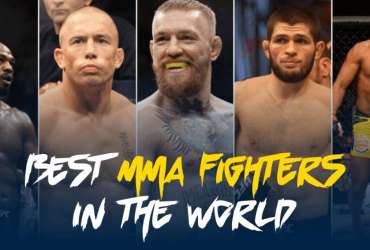