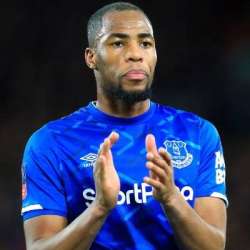 French football star Djibril Sidibe currently plays as a full-back for the Premier League side Everton on loan from the French Ligue 1 club AS Monaco besides appearing regularly for the French national football team. Besides his usual position, he can also operate as a right-back for the squad. He started his footballing career with French club Troyes AC at a very early age and helped the side to achieve the Ligue 1 promotion. He displayed an impressive performance during his time with the Troyes senior squad and caught the attention of several football clubs.

Sidibe started his footballing journey with the youth academy system of his hometown club Troyes AC in 2000, at the age of just eight. He went through a rigorous training session for ten years at the club while sharpening his defensive skills. He also has earned his consecutive promotions to several youth squads at the club. Finally, during the 2009-10 season, he caught the attention of the first team officials. Shortly after, he made his professional debut for the Troyes senior squad in a league match against Grenoble on 17th September 2010. He has appeared in 41 competitive matches for the club while scoring once till 2012.

Sidibe signed his first professional contract with Lille in July 2012, at the age of just nineteen. He then made his Ligue 1 debut for the club against OGC Nice on 25th August 2012. Interestingly, he also scored his first goal for Lille in his debut match. He then made his UEFA Champions League debut in a ‘group stage matchday-5’ game against Belarusian club BATE Borisov in Minsk on 20th November 2012. Surprisingly, he again scored his first UCL goal in his debut match.

Due to his impressive performance for the first team of Lille in the 2012-13 season, he became a regular starter at the club. He displayed some impressive performance for the side that has earned praises from the football pundits. Shortly after, he scored his first Coupe de la Ligue goal in the final match against one of the most valuable football clubs, Paris Saint-Germain, on 23rd April 2016. During his time at Lille between 2012 and 2016, Sidibe has appeared in 96 competitive matches for the club while scoring 7 goals.

Sidibe signed a five-year contract with fellow Ligue 1 side AS Monaco on 8th July 2016. Shortly after, he scored his first goal for the club in the UEFA Champions League group stage match against one of the Premier League winners, Tottenham Hotspur, on 22nd November 2016. He has appeared in more than 50 competitive matches for the club till now while scoring four times. Without any doubt, he has earned his place among the best defenders AS Monaco ever had in their history.

Sidibe made his international debut for the French U-20 side in 2011. He played 10 competitive matches for the U-20 side between 2011 and 2013. He then earned his promotion to the U-21 side in 2013. His impressive club performance helped him to secure his place in the UEFA Euro 2016 standby squad of France. He has then earned his first call-up for the French senior squad on 25th August 2016. Sidibe got his first chance in the Les Bleus brigade to play friendlies and the 2018 FIFA World Cup qualification matches.

He then made his senior international debut in a friendly match against Belarus at the Stadio San Nicola on 1st September 2016. Shortly after, he scored his first international goal in a friendly match against England on 13th June 2017. He has then earned his World Cup call-up on 17th May 2018, under French manager Didier Deschamps. Sidibe helped his nation to win their second ever FIFA World Cup trophy in July 2018.

Born in Troyes, France, Djibril Sidibe is of Malian descent through his father’s side. Sidibe practices Islam and is one of the greatest Muslim athletes of all time. As of now, he is quite a secretive person, and little is known about his personal life.

The current net worth of Djibril Sidibe is estimated to be around €5 million as of the ongoing football season of 2020-21. His market value now stands at €23 million as of 2021. He now gets nearly €85,000 weekly wage from his current Ligue 1 side AS Monaco. Besides his professional earnings, he has also made his wealth through several of his personal sponsorship deals. He is currently associated with Nike and wears Nike Mercurial Vapor XII Elite boots.

With AS Monaco, he has won the French Ligue 1 title in the 2016-17 season. With the French national team, he has recently achieved the FIFA World Cup in 2018. Besides his team performance, he has several accolades under his name. In the 2016-17 season, he has earned his place in the UNFP Ligue 1 Team of the Year.