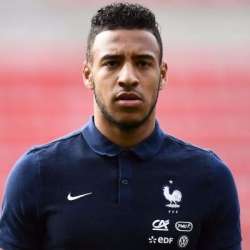 French youngster Corentin Tolisso currently plays as a central midfielder for the German Bundesliga club Bayern Munich besides making regular appearances for the France national football team. He trained and graduated from the youth academy of French club Olympique Lyonnais. He then made his professional debut with the team’s first squad in 2013. Since his departure from the side, he has scored 29 goals in 160 matches that he played for Lyon.

After his successful stint at Lyon, Tolisso joined Bundesliga side Bayern Munich in the summer of 2017. Bayern reportedly has paid €41.5 million for his transfer, a record transfer fee for a German football club. Besides his club career, Tolisso also represented France at several youth levels from U-19 to U-21. He then made his senior professional debut in 2017. Recently in July 2018, he helped the French side to lift the prestigious FIFA World Cup in Russia.

Tolisso started his footballing journey at the youth academy system of his native club Stade Amplepuisien in 2000, at the tender age of just six. After four seasons of practicing there, he joined the academy of FC Pays de l'Arbresle in 2004, at the age of ten. Surprisingly, he scored a hat-trick against his future professional club Olympique Lyonnais at the age of eleven. He finally joined the Lyon Academy in 2007 and went through a rigorous training program till 2012. Tolisso has then earned his place in the Reserve side of Lyon in 2012.

Tolisso, along with his teammates Nabil Fekir and Anthony Lopes, signed an improved contract at the club at the beginning of the 2015-16 season. He then scored 5 goals and provided 6 assists in the 2015-16 season. The next season, he scored his first UEFA Champions League goal in a group stage match against Dinamo Zagreb on 14th September 2016. Tolisso captained Lyon for the first time ever in the Rhône derby against Saint-Étienne at the Parc Olympique Lyonnais on 2nd October 2016. Tragically, he received his first red card for his drastic foul on Fabien Lemoine on 5th February 2017.

Tolisso signed a five-year contract with Bundesliga side Bayern Munich on 14th June 2017. Bayern reportedly has paid a €41.5 million transfer fee for getting him on their side. They have also paid €6 million in potential bonuses. Lyon has received the largest transfer fee with that move. The fee made a record, later surpassed by the transfer of Alexandre Lacazette to Arsenal on 5th July 2017. Tolisso then made his debut for the club in the Supercup final match against Borussia Dortmund on 5th August 2017.

He then made his Bundesliga debut and has scored his first goal against Bayer Leverkusen on 18th August 2017. Shortly after, he scored his first European competitive debut for the club in the UEFA Champions League final group-stage match against PSG on 5th December 2017. He then scored against FC Augsburg on 7th April 2018 and helped Bayern to secure the league title with still having five games in hand. Recently on 15th September 2018, he ruptured the cruciate ligament in the right knee in a Bundesliga match against Bayer Leverkusen.

Tolisso represented the French squad in several youth levels from under-19 to Under-21. He then has earned his first call-up for the senior side to play matches against Luxembourg and Spain in March 2017. Shortly after, he made his senior international debut in a friendly match against Spain on 28th March 2017, as a replacement for Thomas Lemar. He then earned his place in the 23-man French squad on 17th May 2018 for the FIFA World Cup in Russia.

Tolisso made his World Cup debut in their first group stage match against Australia on 16th June 2018. He then provided a brilliant assist to Antoine Griezmann in the quarter-final match against Uruguay on 6th July 2018. Shortly after on 15th July 2018, he appeared as a 73rd-minute substitute in the final and helped France to win the 2018 FIFA World Cup.

Born in Tarare, France, Corentin Tolisso is of mixed French-Togolese descent. His Togolese father Vincent Tolisso and French mother Marie Chanta raised him in the hometown of Amplepuis along with Corentin’s sister Marina Tolisso. He is currently dating his long-time girlfriend Sarah since his time at Lyon.

The current net worth of Corentin Tolisso is estimated to be around €8 million as of 2021. His market value now stands at €45 million as of the ongoing football season of 2020-21. He gets nearly €90,000 weekly salary from his current Bundesliga side Bayern Munich. Besides his footballing income, he also made his wealth through his personal endorsement deals with mega-brands such as Adidas.

With Bayern Munich, he won the Bundesliga in the 2017-18 season. Besides, he also helped the club to win the DFL-Supercup twice consecutively. With the French national team, he recently won the prestigious 2018 FIFA World Cup in Russia. He has also earned his place in the UEFA Europa League Squad of the Season for his brilliant performance in 2016-17.